register for our upcoming

Lomi Lomi is the Hawaiian word for “massage”, though it’s deeper meaning & application has many layers. Traditionally, this healing art was practiced within families, each with their own unique style, and passed on by the elder to a chosen family member to continue the lineage.

Lomi Lomi is rooted in ancient Polynesian knowledge & a unique way of thinking & seeing the world. In order to understand what Lomi Lomi is, the deeper applications of this work, we need to explore Hawaiian consciousness, to get to the roots & foundation of what it is, where it comes from, and what is asked of us in order to be able to practice this work. This is especially important if we are non-Hawaiians.

To have respect for this sacred work, we must have a connection with the people, the source, the land, the stories, the language, the chants, the prayers, the protocols, the way of thinking, the proverbs, the dance, the myths & legends.

A non-residential training over a weekend, beginning on Friday evening & finishing on Sunday afternoon.

HOW TO REGISTER: Click on the image to add to cart and check out!

CANCELLATION POLICY: Full refund if cancelled beyond 4 weeks before start of course. If cancelled within 4 weeks of course, 50% is refunded.

RECOMMENDED ACCOMMODATION IN KILLORGLIN (all walking distance from Aloha) 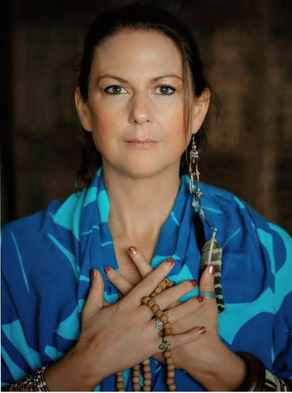 My life in South Africa primed me for the work that I now offer the world.

I grew up in a loving family in Kwazulu-Natal, South Africa during the Apartheid regime where segregation & separation were a culturally & socially indoctrinated way of life & way of being. It was our normal. Them & us. Distrust in the ‘other’, fear of the ‘other’. Trust in separation.

As an innocent little child, I thought nothing of this early on. My life was normal family life & it played out for me exploring the bush & the mountains, & generally answering the call of nature to run wild & free as all children seem to do. That innocence, peace & safety of early childhood abruptly & shockingly gave way to the horrors of a political, social & physical landscape in massive upheaval & turbulence. Apartheid was out, liberation & land reclamation was in & unspeakable horrors & atrocities to bodies & being came with that.

Suddenly the energies of threat, violence & fears for safety & survival were pushed to the forefront & the flimsy veils of perception were torn. I witnessed traumas of rape, murder & torture of my countryfolk. It left the imprinting of massive trauma on my physical body & psyche.

I moved through my teenage years with difficulty, turning to substances to relieve some of the pressure of abuse I had witnessed or experienced. Eventually reaching beyond abusive power plays & unhealthy

coping strategies for a healthier, more spiritual, holistic way of being. The Divine guided me to poetry, prayer, nutrition & travel.

I studied Psychology at University of South Africa until my wandering spirit beckoned me to Brasil, the UK, the Middle East & finally Australia where my love for the ocean called me to study Marine Biology.

However, destiny had other plans.

My father passed away in 1999 so I returned to South Africa & left the dream of Australia behind me, along with that timeline of potential. As that door shut, another opened bringing through my first mentor -Anthea Hardwick- who introduced me to Kahuna massage & from the first moment, I was hooked. It was love at first ‘feel’. The beauty, potency & mystery of this sacred shamanic Hawaiian art felt like ‘home’ to me & so I began my apprenticeship. For four years with Anthea as my ‘kumu’, I revealed, explored & healed the depths & breadths of the trauma & wounding that had been lived in my own body & spirit & worked on my craft. A new way of living life lovingly opened up to me that offered not only a way for me to express my own love & gift in the world, but to also go beyond an innate shyness & move into beautiful connections with people in the spirit of Aloha.

Answering the deep inner impulse to share this sacred work of inner transformation through body & soul, I completed my Lomi Lomi Nui Teacher Training with Susan Pa’inui Floyd in Kauai in 2004 & began teaching the art & way of Aloha -as a profound pathway through lasting soul evolution- in Cape Town shortly afterwards. Those years of working with people (from all over the world/South Africa) yielding to their own souls’ calls for expansion & deepening into more of their embodied divinity moved me into my own leadership & teachership.

Another bend in destiny’s river brought me to Ireland in 2007, following my heart & my bliss in more ways than one. Now, one husband, two beautiful sons, a successful healing & teaching practice, & a stunning retreat centre later, you can find me at Aloha House overlooking the River Laune in Killorglin, nestled into the spectacular landscape of The Reeks District,  Co. Kerry (they call it ‘The Kingdom – you’ll see why).

This retreat centre is a cherished dream of my heart, & it is my pure pleasure & joy for me to welcome students & clients from all over the world ….A L O H A

Intimacy with the Self, the Soul, & Source through the glorious vessel of the human body is the pure heart of Louise’s teachings & work in the world. Leading her students & clients into a deeper relationship of fearless self-knowing, self-acceptance, self-healing & self-love through the unconditional spirit of Aloha is her gift & her passion in the world.

The sacred arts of Lomi Lomi Nui bodywork & Yoga are both pillars of & access points to her teachings of trauma transcendence & healing, & her focus is to assist people in returning to wholeness within themselves. 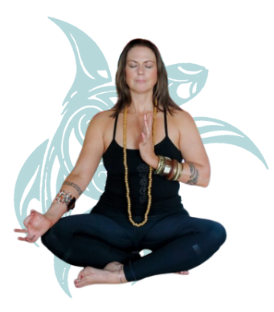 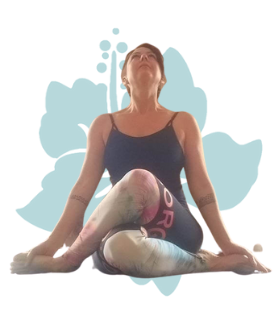