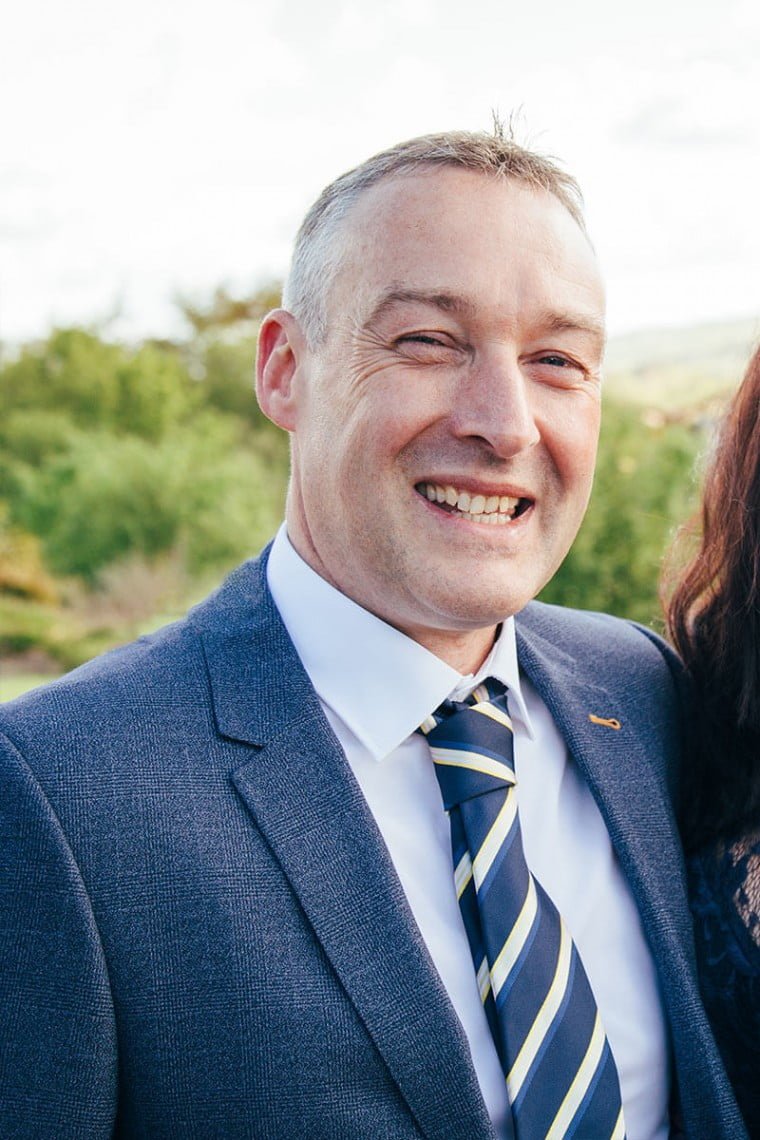 Brian is originally from Mitchelstown Co. Cork and has been living in Killorglin Co.Kerry for the past seventeen years. He is a proud dad to four boys, whom he believes has been his greatest achievement and teachers to date.

From an early age, Brian got involved with many youth groups with a focus on self development and improving the lives of others in the community. As a young adult, he attended and assisted with numerous Search weekends, where like minded peers met to discuss life and learn a bit about themselves and others. A highlight of this time was when he was chosen to represent his diocese at the World Youth Conference in Denver Colorado.

It was during these times that Brian developed a vision of oneday creating a special place of his own that would be a beacon or signpost for people on life’s journey. He dreamed of a place where people could gather and participate in different holistic workshops and retreats in hope that they might find inspiration, find direction and make themselves and the world a better place.

After graduating with a mathematics and computer science degree, Brian continued his studies and obtained a higher diploma in education and went on to teach mathematics before plunging into the corporate world. While this path diverted him away from realising his dream for over twenty years, it presented him with other wonderful opportunities.

During his professional career, Brian has worked with large multinational companies performing roles in business analysis, product and project management. These roles involved extensive overseas travel, leading Brian to remote places very few would ever travel to on vacation. In particular, a three year stint in India had a profound effect on him. It was the people that Brian encountered during his travels that made the greatest impact on him. They taught him many lessons about humility, creativity and gratitude; attributes he tries to model in his everyday life. Over several trips to Kerala, Brian’s introduction to Ayurveda ignited his passion for holistic and alternative therapies.

Fifteen years ago, fate brought Brian together with Louise, who had a similar vision of creating a special space where people can joyfully share life's energy in the present moment. They now live as husband and wife, along with their two wonderful sons at Aloha House in Killorglin, a manifestation of both their dreams. This newly formed retreat venue is home to Lomi Lomi training in Ireland and a place where facilitators of different modalities run workshops and residential retreats from. A proud highlight from last year was accepting the award for Best Yoga Class in Ireland at the Irish Fitness Industry Awards.

When he’s not out hillwalking or exploring nature, Brian continues to work in the corporate world and is also responsible for the administration and maintenance of Aloha House. He has recently completed studies in psychology and counselling as part of his continuous journey of self improvement. He loves attending all kinds of cookery classes and his passion for foreign healthy cuisine shines through in the plant-based dishes he creates based on the belief that ‘food is medicine.’

In recent times, Brian co-established a men’s group in Killorglin that meets twice a month. He is currently working on creating special ‘Men of Meitheal’ weekends for the men. He recognises that in these challenging times, men from all walks of life and all ages tend to be disconnected with themselves, their partners and their families. Many need timeout to pause or slow down that roller-coaster or juggernaut of life in order to evaluate, decompress, find their true selves again. Many don’t know how to do this, many don’t even know they need to do this. Through carefully balanced programs facilitated by men who have walked and experienced different paths, the intention is to bring men back to themselves again, in the spirit of integrity, honesty, accountability, trust and friendship and in the company of like minded brothers.

Brian and Louise continue to create a wonderful, warm, welcoming space at Aloha House. They are very grateful for the opportunity to be able to facilitate all the different activities that take place there. They love the buzz of having groups of people around who appreciate the space and the time they spend there. They count themselves as blessed to be able to meet so many positive people of whom they learn so much from. They look forward to growing their dream together, wherever it may take them.

We use cookies to ensure that we give you the best experience on our website. If you continue to use this site we will assume that you are happy with it.OkPrivacy policy